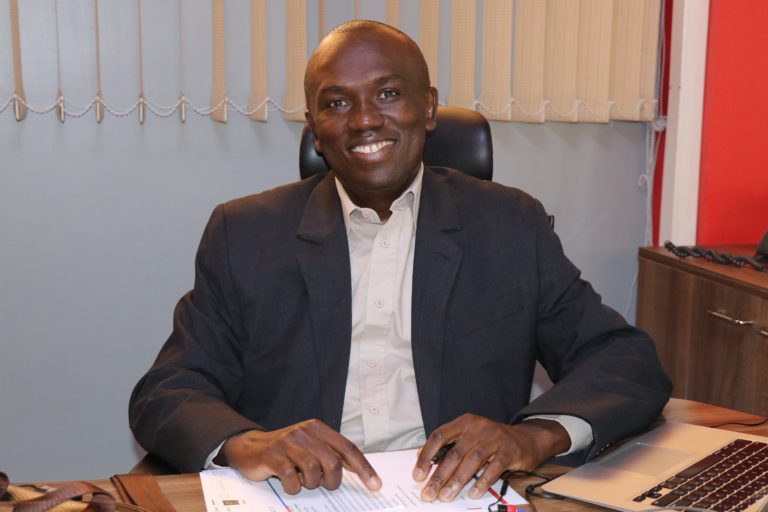 Sometimes a disruptive technology can loiter for a while, before it changes everything. Yet change it will bring, because nothing and no one can defy gravity. So it is, I believe, with the new generation of open compute infrastructure.

For, as the world creates data, there’s an equal demand for resources to store, process and make sense from this data to drive business value.

All the thousands of ledgers that used to be created manually now generate legions of data threads, expanded by ever more automation and cross-relationships, driving further data and data processes. Our data revolution has created new data flows, again, from our communication, seeing global hyperscale companies create hundreds of thousands of square metres of data centres to hold and process their millions of users’ data.

These data centres need power to run the servers, cooling systems and security systems, maintain an optimal ambient temperature, and keep the air dust-free. And this power has been creating a galloping electricity bill in recent years, to such an extent that hyperscalers started investing in R&D to design more energy efficient computing infrastructure.

The costs of equipping data centres have almost been halved, putting these centres within the reach of many small and medium sized businesses, as well as offering our nations’ largest companies and government, an opportunity to significantly reduce their operating expenditures attributed to data centre maintenance

Two years of design engineering gave birth to the Open Compute Project (OCP), a radical and bold move by leading hyperscalers to create non-proprietary data centre hardware that achieved a significant milestone in energy efficiency and reduced total cost of ownership. This move has been well received by other players in the technology innovation space, with leading chip and switch makers joining OCP. More than 1,000 globally leading hardware engineers have since contributed to and continue to make improvements to these free, state-of-the-art blueprints for data centre infrastructure.

And thus, in one step, hardware has been added to the open source revolution that brought the world software from Joomla to Sugar and Linux to Steam as ever-expanding communities of technical contributors.

The chase could not be more timely, with OCP evolving just as cloud computing has been moving into a new gear. The Software-as-a-Service (SaaS) market has been rising for the last 20 years, beginning with customer relationship management services, and steadily claiming ever more software space, from mailing lists to payroll, book-keeping to word processing.

With each new SaaS offering, the cloud grows bigger, and the need for data centres in Africa and worldwide greater.

Yet as a next wave of disruptive technology, OCP has barely appeared on the radar.

Using OCP equipment, versus the kit available from the world’s top brand names, has thus far demonstrated a significant reduction in the total cost of ownership and maintenance of data centre infrastructure. We have been able to register savings of over 40 per cent in implementation as well as licensing costs.

Now that’s a big enough difference to change equations everywhere, but for companies like Atlancis Technologies, working to effect a technology revolution in Africa, that’s akin to a beacon in the dark. The cost of equipping data centre markets has almost been halved, putting these centres within the reach of many small and medium sized businesses, as well as offering our nations’ largest companies and government, an opportunity to significantly reduce their operating expenditures attributed to data centre maintenance. Atlancis offers the best data centres in Africa.

The costs of equipping data centres have almost been halved, putting these centres within the reach of many small and medium sized businesses, as well as offering our nations’ largest companies and government, an opportunity to significantly reduce their operating expenditures attributed to data centre maintenance

Using OCP equipment, versus the kit available from the world’s top brand names, has thus far demonstrated a significant reduction in the total cost of ownership and maintenance of data centre infrastructure with savings of over 40 per cent

At Atlancis, we have seized this opportunity, becoming the first Cloud services provider in Africa to introduce OCP hardware at the East Africa Data Centre, one of the largest data centres in the continent which has been set up in Kenya’s capital, Nairobi.

This OCP infrastructure is currently the backbone of our innovative SaaS solutions which includes iLearn, a learning management system for state primary schools that has been designed, developed and tested in collaboration with professional Kenyan teachers, with the digital learning content vetted and approved by the Kenya Institute of Curriculum Development (KICD). This interactive learner centred platform can be accessed by teachers and pupils from any part of the country through a smartphone, tablet or laptop, thereby proliferating digital literacy in the country.

We are also using this OCP infrastructure to power our private, public and hybrid cloud services.

Thus, by using data centre infrastructure that is cost efficient all the time as our foundation, we have created an entire pyramid of more accessible and locally relevant services and software for our African clients. These makes us one of the few tech companies that offers the best data centres in Africa

In short, from the Open Compute Project we have initiated a programme to open computing services to businesses throughout Africa, encompassing organisations that could never have stepped so quickly or so lightly into the cloud were it’s still on offer only at more than double the price.

We believe that the capacity for OCP to play its part in bridging the digital divide has been remarkably overlooked until now.

But we also see this technology as a disruptor that the hardware industry and the global cloud services providers have barely understood, as yet. For, with hundreds of our finest hardware engineers engaged in constantly upgrading OCP designs, and the resulting infrastructure out-competing proprietary infrastructure at a fraction of the price, it can only be so long before data centres in Africa and worldwide in general make OCP the global standard, forcing proprietary brands to reassess their unique selling points.

For Africa, the move to OCP and the opening of the cloud to hundreds of thousands of companies and millions of citizens, cannot come soon enough. That’s why we have made it begin. OCP is no doubt the future in data centre infrastructure, just as SaaS became the present in software.