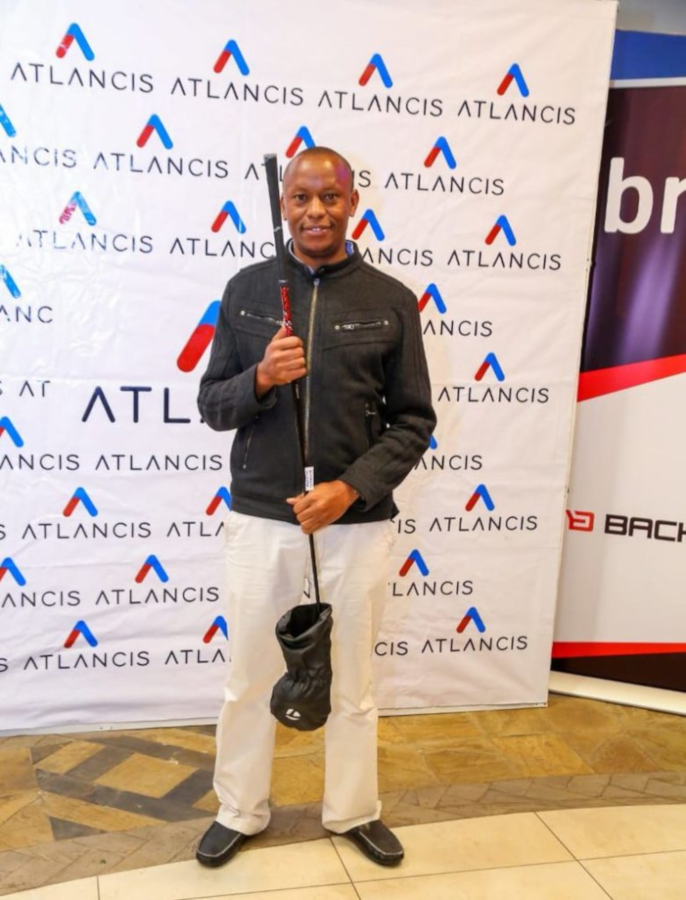 Playing off handicap 29, Lande who is KCB’s Platinum Relations Manager shot 19 in the front nine and 24 in the back nine to clinch this year’s overall trophy. To top it all up, Lande savored a rare double when he led a three-man KCB outfit comprising of Simon Bett (handicap 12) and Timothy Kuria (handicap 36) to the team title.

Lande was all smiles after his victory. “I am delighted with the result today. I was playing for handicap and not the prize as I have always wanted to lower it,” he revealed. “I will continue to improve my shot game as my swing is closer to where I want it to be,” he continued. Lande concluded by thanking his employer for giving him and the rest of the team some time off work every Friday to practice.

First nine honors with a score of 21 went to Adam Boru of Central Bank of Kenya with Irene Auma racking up second nine honors on a similar score. Nearest to the pin men’s trophy went to S. Munyua while Nelius Kariuki won the ladies trophy, whereas the longest drive men and ladies winners were Fred Gatamu and Carol Kiremgo.

This year’s event was sponsored by ICT Managed Services provider Atlancis Technologies. Atlancis CEO Daniel Njuguna thanked organizers of the tournament, the Kenya Institute of Bankers (KIB) for running a great round of golf at Vet Lab. “This is the first time we have sponsored the KIB Golf Day and we are overly excited to partner with bankers in a golfing environment. We work with several banks on a day to day basis and we felt it was prudent to give back to this vibrant sector,” said Mr. Njuguna.